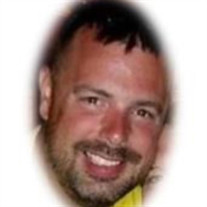 Brian Michael Hennard, 43, of Sahuarita, Arizona, formerly of Bay City, our kind and loving husband, father, son, brother, uncle, and friend passed away on September 4, 2020 unexpectedly. Brian leaves to carry on his legacy, his wife, Christine (Buda) Hennard; beautiful daughter who was the light of his life, Alyssa Hennard; parents, David & Linda (Lutz) Hennard; brother, David M. Hennard and his wife, Erica, and their children Brianna & Brayden; his mother-in-law, Dianne & Doug Clark; father-in-law, Nick Buda, and brother-in-law, Jeff Buda and his wife Shawna, and their daughter Abigail. Brian was born in Bay City on November 16, 1976. He was a 1995 graduate of John Glenn High School. While camping with his brother, David, Brian met the former Christine Buda. They dated, fell in love, and were united in marriage on March 11, 2005. Brian retired from the U.S. Air Force in December of 2017, where he obtained the rank of Master Sergeant. He took great pride in serving his country as part of the 354th Bulldog Squadron. Brian went on to study at the University of Management and Technology in Arizona and went on to work at Tolin Mechanical as a HVAC Technician. He enjoyed spending time with friends and family, riding his Harley, camping with friends, and was a member of the Tucson, Arizona Elk’s Club. Brian will forever be remembered for his infectious laugh and smile that would light up the entire room. Brian is also survived by his Grandmothers, Phyllis Hennard, Mary Lou Lutz; aunts and uncles, June & Scott Munger, Polly and Mike Ueberroth, Karen & Randy Neering, Larry & Karen Lutz, Kim Boyer, Sherry & Steve Wegener, Bob & Chris Lutz, Annie & Ron Bujalski, along with many cousins and friends. Brian was welcomed home to heaven by his Grandfathers, Lawrence Hennard and Lawrence Lutz; uncles, Larry Hennard and Jerry Boyer, and aunt, Sandy Lutz. A Celebration of Life will be held at a later date. Memorial contributions may be directed to the wishes of the family. Expressions of sympathy may be shared with the family online at www.skorupskis.com.

The family of Brian Michael Hennard created this Life Tributes page to make it easy to share your memories.

Send flowers to the Hennard family.