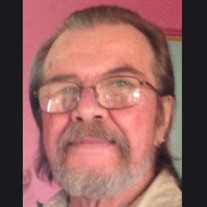 Daniel John "Andy" Anderson, 74, of Quanicassee, formerly of Montrose, our caring, fun, and most loving husband, father, grandfather, brother, uncle, and friend passed away on the morning of Thursday, October 14, 2021 at his residence. Andy was born in Saginaw on January 26, 1947, the son of the late Maynard and Ginette (Dulaquais) Anderson. He was a graduate of Montrose High School and went on to proudly serve in the U.S. Air Force, serving during Vietnam. While socializing in Unionville one evening, the former Judith Ann Long caught his eye and after a lengthy courtship they were united in marriage on October 25, 1996. Andy retired from Saginaw Steering Gear, where he was a fork truck operator. In his free time, he enjoyed hunting, fishing, camping, bowling, and playing pool. He was a member of the AMVETS in Bay City, the Eagles in Vassar, and the V.F.W. in Akron. Always the life of the party, Andy never met a stranger and will be deeply missed by all. To carry on his legacy, Andy leaves his wife, Judith Anderson; children, Shawn Anderson, Shawn (Angila) Heinitz, and Tiffany (Steve) Flynn; grandchildren, Jordan and Aliyah Lawrie; sister, Miriam Goodwin; brother, Jim (Sandy) Anderson; mother-in-law, Bonnie Long; in-laws, Sandra Curtis and Jim (Nancy) Long, along with many cousins, nieces, and nephews. Andy was preceded in death by his brother-in-law, Walter Goodwin. Private arrangements have been entrusted to Skorupski Family Funeral Home & Cremation Services, 821 N. Pine Rd., between Ridge & Center. Andy will be laid to rest in Great Lakes National Cemetery, Holly. Memorial contributions may be directed to the wishes of the family. Expressions of sympathy may be shared with the family online at www.skorupskis.com.

Daniel John "Andy" Anderson, 74, of Quanicassee, formerly of Montrose, our caring, fun, and most loving husband, father, grandfather, brother, uncle, and friend passed away on the morning of Thursday, October 14, 2021 at his residence. Andy... View Obituary & Service Information

The family of Daniel John "Andy" Anderson created this Life Tributes page to make it easy to share your memories.

Send flowers to the Anderson family.