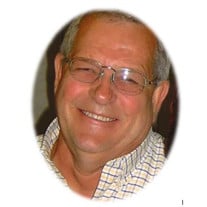 David Lawrence Treib, 75, of Thomas Twp., our kind, loving, caring, and most generous father, grandfather, brother, uncle, and friend passed away on Sunday, June 28, 2020 at his home. “Muldoon” as he was affectionately known as, was born in Saginaw on March 8, 1945, the son of the late Jacob and Gladys (Zissler) Treib. He was united in marriage to the former Denia Jo Cravero on June 19, 1965. Sadly, she preceded Dave in death on February 1, 2018. Always one with a strong work ethic, Dave followed in his father’s footsteps as the proprietor, along with his brothers, of Central Metallizing (Treib, Inc.). Throughout life, he was a wonderful mentor to many. Dave was a member of Good Shepherd Lutheran Church and enjoyed fishing, playing cards, and time spent at the casino. He leaves to carry on his legacy, his three sons, David (Teresa) Treib, Jacob Treib, and Matthew (Heather) Treib; grandchildren, Shauna Treib, Brendan Treib, Isabella Treib, Abigail Treib, and Amelia Treib; two brothers, Robert and Kenneth Treib; three sisters, Dorothy Woods, Sally Ross, and Virginia Thomas; in-laws, Donald Cravero and June Ryan, along with many nieces and nephews. In addition to his parents and his wife, Dave was preceded in death by his father-in-law and mother-in-law, Vincent & June Cravero; brother, Thomas Treib and brother-in-law, Norm Tork. David's family will be present to receive visitors on Tuesday, July 7, 2020 from 3:00 PM until 6:00 PM at Skorupski Family Funeral Home & Cremation Services (formerly Reitz-Herzberg), 1550 Midland Rd., between State & Gratiot. Memorial contributions may be directed to the American Heart Association. Expressions of sympathy may be shared with the family online at www.skorupskis.com.

David Lawrence Treib, 75, of Thomas Twp., our kind, loving, caring, and most generous father, grandfather, brother, uncle, and friend passed away on Sunday, June 28, 2020 at his home. &#8220;Muldoon&#8221; as he was affectionately known... View Obituary & Service Information

The family of David Lawrence Treib created this Life Tributes page to make it easy to share your memories.

Send flowers to the Treib family.