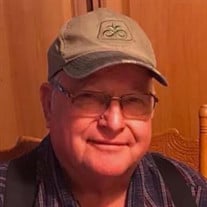 Eugene Allan Robinson, 71, of Akron, Michigan, our hard-working, truth-seeking, honest, fair and wise husband, father, brother and grandfather passed away peacefully with his family by his side on March 17, 2021 at Covenant Hospital, Saginaw, Michigan. Gene was born on January 26, 1950, to the late William A. and Zola P. (Walat) Robinson in Bay City, Michigan. Gene grew up in the Quanicassee, Michigan area. He attended Akron-Fairgrove schools and graduated in 1968. Gene served in the U.S. Army from December 1970 to July 1, 1972 with the Communications Division and achieved the rank of Sergeant while stationed in Korea during the Vietnam War. In 1974 he met the former Barbara Shephard while on a blind date; they dated, fell in love, and were united in marriage on March 1, 1975 at the Mayville United Methodist Church by Rev. Ralph Barteld. They enjoyed and celebrated 46 years of marriage. Gene served on the Michigan Bean Commission, the Wisner Township Board of Review for many years, and on the Saginaw Prairie Farm Co-op Board of Directors. Gene and his brother, Roy, were some of the first farmers to incorporate “No-Till” practices into their farm operations in which MSU hosted Twilight Meetings for area farmers. Gene has been farming all his life. He and his son, Rodney, have farmed the Robinson Farm Partnership for many years as they farmed in Tuscola County and Saginaw County (Prairie Farms). Farming was his passion. Gene also had a love of muscle cars and going to car shows. In his spare time, you could find him tinkering with machinery. Once in a while he would take in the time to enjoy the serenity of the water. He bought the love of his life, Barbara, an anniversary gift of a 1975 Corvette, which he adorningly named “Pearl”, that he could be found enjoying quite often. Gene leaves to carry his legacy, his wife, Barbara; children, Jennifer R. (Michael) Prich, Valori A. Darling, Rodney (Traci Paige) Robinson, Ryan (David Dibble) Robinson; grandchildren, Olivia Darling, Nathan Darling, Abigail Prich, Grant Prich, Daniel Robinson, Cameron Robinson, MacKenzie Paige; siblings, Duane (Tina) Robinson, Joanna (Jerry) Bechanko, Sharon Hayward, Leroy (Jane) Robinson, Russell (Jan Marie) Robinson; many nieces, nephews, and cousins. Gene’s family will be present to receive visitors on Friday, March 26, 2021, from 11:00 AM until his Private Funeral Ceremony at 5:00 PM at Skorupski Family Funeral Home & Cremation Services, 821. N Pine Rd., between Ridge & Center. In lieu of flowers, the family asks that memorial contributions be directed to Barbara Robinson to establish an agricultural education fund. Expressions of sympathy may be shared with the family online at www.skorupskis.com.

Eugene Allan Robinson, 71, of Akron, Michigan, our hard-working, truth-seeking, honest, fair and wise husband, father, brother and grandfather passed away peacefully with his family by his side on March 17, 2021 at Covenant Hospital, Saginaw,... View Obituary & Service Information

The family of Eugene Allan Robinson created this Life Tributes page to make it easy to share your memories.

Send flowers to the Robinson family.