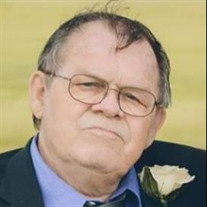 Mr. George Jeffrey “Heff” Hahn, 77, of Bay City, died Friday, January 29, 2021, at Brookdale. Son of the late George James and Hulda Mae “Babe” (Brown) Hahn, George was born June 19, 1943 in Bay City where he lived all his life. He graduated from Bay City Central High School and served in the United States Air Force from 1961 to 1965, stationed in Japan during part of his service. George married the late Joan M. Borkowski of Bay City, Michigan July 8, 1967, at St. Stanislaus Kostka Church. They remained married for over 20 years and had four children. George worked at General Motors for almost 30 years before retiring in 2006. Heff will be remembered as an avid and accomplished bowler where he rolled nine 300 games and four 800 series and was a member of the Bay City All-Stars eight times. He was also a member of the Bay City Bowling Association for many years and was inducted into the Bay City Bowling Hall of Fame in 1999. After his bowling career ended, he spent several years coaching the Western High School Bowling team. Heff also enjoyed leisurely rounds of golf with friends and family. In his younger days, he played softball and blooper ball with his brothers, representing the Bell Bar team. Heff had a generous spirit, which he inherited from his mother, and talkative nature, as he enjoyed telling stories and helping those in need. He enjoyed taking his family camping on annual vacations to Northwestern Michigan and Minnesota and coaching his son’s baseball teams. Surviving him are two sons and two daughters: Jeffrey (Jennifer Krawczyk) Hahn of Bay City, MI, Michael (Brian Harris) Hahn of Chapel Hill, NC, Jennifer (Roberto) Avendano of Brownsville, TX and Amy (John) Olivares of Houston, TX; eight grandchildren, four great-grandchildren, two brothers, James and Jay (Rachelle) Hahn of Bay City and two sisters, Judy Kazmierski of Bay City and Jennifer (Roger) Scherzer of Essexville, and numerous nieces and nephews. Due to the current pandemic, a picnic memorial service will be celebrated on June 19, 2021, in Bay City, Michigan; more details will be shared with friends and family. Those planning an expression of sympathy are asked to send any condolences to Jeffrey Hahn, 601 S. Birney St, Bay City, MI 48708. Any charitable donations can be made in George’s name to the American Diabetes Association.

The family of George Jeffrey "Heff" Hahn created this Life Tributes page to make it easy to share your memories.

Send flowers to the Hahn family.