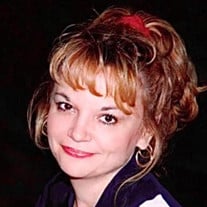 H. Victoria “Vicki” Barcia was born into eternal life on January 11, 2021, following her courageous three-year battle against cancer. Vicki was born on May 9, 1951 in Bay City, Michigan to the late Edward J. and H. Victoria (Kelly) Whyte, Jr. Vicki graduated from All Saints High School in Bay City with the Class of 1969. On Valentine’s Day in 1993, Vicki was united in marriage to her loving and devoted spouse, Jim Barcia, in the U.S. Capitol Chapel. She spent her professional life serving briefly as a young reporter for The Pinconning Journal and continued her service to the community as Vice President of the Pinconning School Board. Vicki was an admissions counselor at Great Lakes College and was also co-owner of B & W Dental Labs. Further, she served as a member of the Bay County Boys & Girls Club. Above all, Vicki always said her most important “job” was helping to navigate the political life of her husband, Jim. Vicki was Jim’s political partner and confidant, always keeping him grounded. She also enjoyed time spent with the Congressional Spouse’s Club. Vicki was a true treasure to the community and all who were fortunate enough to meet her. Vicki’s true passions were her family, friends, and rescue pets; she lived an extraordinary life and met many incredible people. She was blessed with a wonderful sense of humor, an infectious laugh, and a genuine ability to see the best in everyone. A generous spirit, Vicki selflessly gave of her time and money to help anyone in need. She was strong-willed and a gracious communicator, who could hold her own with anyone. Vicki remained strong until her very last day on this earth as she battled the cancer that took her life far too soon. A loving wife, mother, sister, grandmother, and friend, Vicki was truly a unique spirit. She will be missed by those who knew and loved her, especially by her rescue dog. “Benji Boy,” who was always by her side. Vicki is survived by her faithful, loving, and devoted spouse, Jim Barcia, current Bay County Executive; children, Cindy (Christopher) Archambeau, Dr. Frank Bartlett, III, and their father, Frank Bartlett, II; grandchildren, Cierra, Alexis, Frank IV, Kenna, Stephen, and Dalton; siblings, Edward J. “E.J.” Whyte, III, Mary Ellen (Ned) Nossaman, Pete (Chris) Whyte, and Michael Whyte; in-laws, Robert (Chris) Barcia and Cheryl Barcia, along with countless nieces, nephews, and friends. In addition to her parents, Vicki was preceded in death by her brother, Earl Whyte, and brother-in-law, John Barcia. Final arrangements have been entrusted to Skorupski Family Funeral Home & Cremation Services, 821 N. Pine Rd., between Ridge & Center. In lieu of flowers, memorial contributions may be directed to Bay County Animal Services and Adoption Center, 800 Livingston St., Bay City, MI 48708. Expressions of sympathy may be shared with the family online at www.skorupskis.com.

H. Victoria &#8220;Vicki&#8221; Barcia was born into eternal life on January 11, 2021, following her courageous three-year battle against cancer. Vicki was born on May 9, 1951 in Bay City, Michigan to the late Edward J. and H. Victoria (Kelly)... View Obituary & Service Information

The family of H. Victoria "Vicki" Barcia created this Life Tributes page to make it easy to share your memories.

Send flowers to the Barcia family.