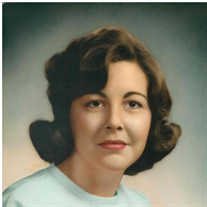 Janet Elaine (Lozen) Neering, 76, of Hampton Township, our kind, generous, loving, and artistic wife, mother, grandmother, great-grandmother, sister and loyal friend was born into eternal life on Thursday, March 10, 2022 at her home, surrounded by her family. Janet was born on October 13, 1945 to the late Walter and Sophie (LaLonde) Lozen in Hampton Twp. She graduated from Bay City Central in 1965. In the summer of 1964, Janet met the love of her life, Donald David Neering, when he was on leave from the Army. They were united in marriage on December 10, 1966 at St. John’s Church. Together they shared over 55 years and countless memories. Janet was a seamstress at a young age. She sewed many beautiful and detailed outfits for dance schools, bridal stores, and individuals. She sewed for over 50 years. Janet had a great passion for sewing clothing for her grandchildren and quilting. She would meet with a group of friends monthly to show off their sewing projects and catch up on gossip. Janet was an accomplished seamstress and quilter. Her passion for this hobby lives on through her granddaughters, who she proudly taught and mentored. They could always count on hearing the slow hum of her sewing machine in the house. She volunteered her time helping at the funeral luncheons at St. John’s Church. Janet loved spending time at estate sales with Don and going to the casino. Nothing was more important to Janet than the love surrounding her by her family and friends. To carry on her legacy, Janet leaves her devoted husband, Donald Neering; son, David (Jackie) Neering; grandchildren, Christina (Dan) Matthews, Kelly Neering, Candice Neering, Ariel Robertson, Aadyan Marshall, Ava Marshall, and Anikin Marshall; great-granddaughter, Adriana Matthews; brother, Kenneth Lozen, and sister-in-law, Jeneva Lozen. In addition to her parents, Janet was preceded in death by her brother, Victor Lozen; sister, Carol (Archie) Lozen Sowinski; father-in-law and mother-in-law, Donald and Dorothy (Woods) Neering, and sister-in-law, Jeanette Lozen. Janet’s family will be present to receive visitors on Monday, March 14, 2022 at 10:00 AM, with a Funeral Ceremony at 12:00 Noon at Skorupski Family Funeral Home & Cremation Services, 821 N. Pine Rd., between Ridge and Center. Interment will take place at Floral Gardens Cemetery. The entire family would like to send a heartfelt thanks to Americans Home Health & Hospice for all the care and support they provided to Janet. Memorial contributions may be directed to the wishes of the family. Expressions of sympathy may be shared online at www.skorupskis.com

The family of Janet Elaine Lozen Neering created this Life Tributes page to make it easy to share your memories.

Send flowers to the Neering family.