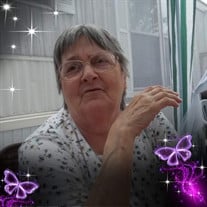 Jean Catherine Griffor, 85, of Saginaw, our loving, caring, and devoted mother, grandmother, great-grandmother, sister, aunt, and friend was born into eternal life on the morning of Monday, November 2, 2020 at her home. Jean was born in Saginaw... View Obituary & Service Information

The family of Jean Catherine Griffor created this Life Tributes page to make it easy to share your memories.

Jean Catherine Griffor, 85, of Saginaw, our loving, caring, and...

Send flowers to the Griffor family.