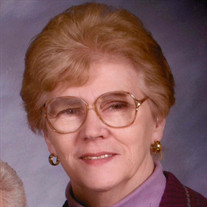 Joan Marie Rizer, 80, of Saginaw, our loving, caring and kind mother, grandmother, and great-grandmother went home to be with the Lord on the afternoon of Friday, December 10, 2021, at Covenant Cooper Hospital. Joan was born in Saginaw on March 17, 1941, the daughter of the late Mathew and Evelyn (Bloomer) Riffelmacher. She graduated from Saginaw High School. While in high school, Joan met her high school sweetheart, Bob. They dated, fell in love, and were united in marriage on October 8, 1960. Bob preceded Joan in death on August 6, 2021. Joan worked as the head teller at Second National Bank, retiring after more than 25 years of service. Joan never missed sending a card on any birthday, anniversary, holiday, or significant event. Joan was known as a sweet soul who also enjoyed her sweet treats. She enjoyed her daily rides with Bob, often ending up at McDonald’s for a frappe. Her pride and joy was raising her family and then seeing them raise their own families. Her love for her family will be dearly missed. To carry on her legacy, Joan leaves behind her children: Michael (Lori) Rizer, Richard (Cheryl) Rizer, and Sherry (Gary) Larsen; grandchildren, Thomas (Sarah) Rizer, Taylor (Brandon) Benjamin, Christopher (Kayla) Rizer, Eric Rizer, Jared (Stephanie) Rizer, Stephanie Larsen, and Chad Larsen; great-grandchildren, Allison and Lillian Rizer; siblings, Carol (Jerry) Andrews, Roger (Joyce) Riffelmacher and Gary (Judy) Riffelmacher, along with many nieces, nephews, and friends. Joan's family will be present to receive visitors on Wednesday, December 15, 2021, from 10:00 AM until Joan’s 12:00 PM Funeral Ceremony at Skorupski Family Funeral Home & Cremation Services, 1550 Midland Rd., between State & Gratiot. Interment will be held in Eastlawn Memorial Gardens. Memorial contributions may be directed to Juvenile Diabetes Research Foundation or the National Multiple Sclerosis Society. Expressions of sympathy may be shared with the family online at www.skorupskis.com.

Joan Marie Rizer, 80, of Saginaw, our loving, caring and kind mother, grandmother, and great-grandmother went home to be with the Lord on the afternoon of Friday, December 10, 2021, at Covenant Cooper Hospital. Joan was born in Saginaw on March... View Obituary & Service Information

The family of Joan Marie Rizer created this Life Tributes page to make it easy to share your memories.

Joan Marie Rizer, 80, of Saginaw, our loving, caring and kind...

Send flowers to the Rizer family.