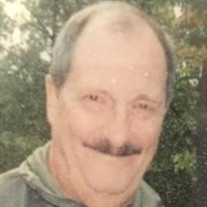 Ken Rousse, 78, of Bay City & National City, was a leader of Boys and helping turn them into Men. Our Dad was giving, selfless, loving and loyal coach to many young men in the south end of Bay City. Our dad was a US ARMY veteran. He coached Little League, Colt league and many Championship teams …Dad had a real passion for developing boys into men. Our dad passed away on Sept 15, 2020 in his home in National City, Michigan. Our Dad was an awesome athlete in his school days and was nicknamed “The Toe” at St James as the team’s kicker on the High school football team. Our dad played many sports including fast pitch softball for Phoenix Optical and was one heck of a short stop. He was without question well respected by anyone who met him or competed against him and was unquestionably loved by the kids he coached. He was well respected in many walks of life in Bay City. Our father was also a top notch bow hunter and Archery enthusiast. Our father was the President of the Bay City Bowman Club and an IBO Senior National Archery Champion in addition to harvesting many whitetail deer and even an Elk through the years. Our father was an exceptional talent at everything he did. Most of all, our dad was a father who was passionate about being the best dad he could be to his 3 boys, Chris (Jennifer Philback-Rousse), Jay (Wendy Fulp-Rousse) and Tim (Jody Rousse). Our father taught us to be the best we could be both spiritually and professionally. The best legacy a father can leave behind is to Love his wife and boys to the best of his ability and to give of himself, with Lord at the center of it, and he definitely accomplished that. Our dad loved life and his family with a full heart. On a daily basis, our dad gave of himself in every situation and he absolutely loved spending time with his boys and his Grandchildren. His Grandchildren were: Morgan Rousse, Taylor Rousse, Courtney Rousse, McKenzie Rousse and Meredith Rousse. One of his most basic treasures and gifts in life was his faithful wife Nancy Rousse. Many of life simple pleasures were shared together with her…They were quite the “item together.” Many will miss their presence together as a larger than life fun loving couple. The most important thing we as boys will miss the most about our dad was that he taught us how to Love the Lord “first” among anything else and always be there for one another, even when things got difficult. He taught from a young age that Jesus was the basis of who we live for and after that family means everything. We will miss our father dearly. Our father is being Cremated and after, There will be a celebration of life at Coonans Irish Pub 24 Sept from 6-9 PM for close family and friends. Lovingly submitted by the family of Ken Rousse.

Ken Rousse, 78, of Bay City & National City, was a leader of Boys and helping turn them into Men. Our Dad was giving, selfless, loving and loyal coach to many young men in the south end of Bay City. Our dad was a US ARMY veteran. He coached... View Obituary & Service Information

The family of Ken Rousse created this Life Tributes page to make it easy to share your memories.

Send flowers to the Rousse family.