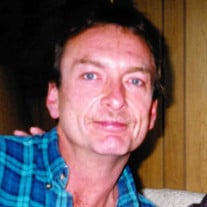 Michael “Mike” Alan Martin, 67, of Reese, our caring, generous, and most loving husband, father, grandfather, and loyal friend went Home to be with the Lord on Saturday, March 19, 2022 at McLaren Bay Region. Mike was born on November 12, 1954 to the late Peter and Naomi (Hensley) Martin in Saginaw. He was a hard worker and retired from General Motors – Bay City Powertrain in 2006, after 33 years of service. Mike married the love of his life, Tamatha Jackson, on December 4, 1999. Together they shared more than 22 years and countless memories. Mike was an avid University of Michigan fan. Go Blue! He always supported the Detroit Tigers and Lions. Mike loved animals and had a soft spot for animal rescues. He and Tam would spend their summers on their boat, “The Bushwacker.” Mike loved to be outside. He enjoyed hunting deer and ducks and fishing for perch and walleye. Most recently, he was known as the chef at camp. Later, Mike enjoyed tinkering with model cars and planes. Little in life was more important than his beloved family. He was the #1 Fan of his twin’s band, “State of Mine.” Mike was a father of three, but a dad to many. He loved his children’s friends as if they were his own. Mike was a true family man. His kind and loving ways will live on in the hearts of his family and friends for years to come. Being a dad takes a lifetime, Mike spent his instilling an overall sense of well-being, self-confidence, and showing love for his children. To carry on his legacy, Mike leaves behind his beloved wife, Tamatha; sons, Michael (Ashley) Martin and Matthew (Ashley) Martin; six grandchildren; four-legged son, Bo Schembeckler Martin; brothers, Pete and Mitch Martin; brothers-in-law, Russ (Carmen) Jackson and David (Sandy) Jackson; sister-in-law, Lynelle (Glen) Novak; special cousin, Lynn (Debbie) Hensley, dear friends, Tammy Roehm and Ashley Jacobs. In addition to his parents, Mike was welcomed home by his daughter, Michelle Martin; brother, Bob Martin; and father-in-law and mother-in-law, Ralph and Patricia Jackson. Mike’s family will be present to receive visitors on Thursday, March 24, 2022 from 2:00 PM until Mike’s 6:00 PM Memorial Ceremony and Sharing of Memories at Skorupski Family Funeral Home & Cremation Services, 821 N. Pine Rd., between Ridge and Center. Memorial contributions may be directed to the Humane Society of Bay, Midland, or Saginaw Counties. Expressions of sympathy may be shared online at www.skorupskis.com

Michael &#8220;Mike&#8221; Alan Martin, 67, of Reese, our caring, generous, and most loving husband, father, grandfather, and loyal friend went Home to be with the Lord on Saturday, March 19, 2022 at McLaren Bay Region. Mike was born on November... View Obituary & Service Information

The family of Michael "Mike" Alan Martin created this Life Tributes page to make it easy to share your memories.

Send flowers to the Martin family.