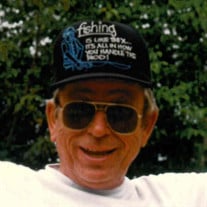 Robert “Bob” Walter Borowski, 87, of Saginaw, our kind, thoughtful and life of the party, husband, father, grandfather, brother and uncle passed away on February 18, 2022, at HealthSource Saginaw. Bob was born on March 20, 1934, in Detroit to the late Vincent and Pauline (Ankofski) Borowski. Bob graduated from De La Salle Collegiate in 1951. Bob went on to complete a two-year business course in accounting. Bob was drafted into the US Army, where he honorably served his country during the Korean War as a tank driver turned administrator due to his deft typing skills. The best day of his life was in January 1960, when he worked for the American Express Company as an auditor. Bob and some friends went to a movie at Temple Theater to see a Frank Sinatra movie and then went to Recreation Lane. It was there that he met the former Teresa Mae Hall; they dated, fell in love, and were married on October 1, 1960. They enjoyed many laughs and memories during their 61 years of marriage. Bob worked for the marketing department for Wickes Corp., traveling extensively, and meeting some longtime friends during those travels. Bob spent most of his career in the automotive industry as a salesman. Bob was one who never met a stranger; sales was the perfect fit for him. Bob was a proud member of the Maple Hills Country Club, Am Vets and American Legion Post 439. Bob has some of the best fishing, golf and bowling stories, enjoying most the fellowship of his friends, not necessarily catching the biggest fish or playing the best round of golf, or rolling the best game. Perhaps his most joyful moments were singing Frank Sinatra ballads to his family and complete strangers at karaoke nights. Bob rarely missed an opportunity to see his beloved Detroit Tigers play ball. Robert will be missed by his loving wife, Teresa; their children, John (Gretchen) Borowski and Tracey Adamski; grandchild, Dr. Tricia Clements (Brandon Harrington); his siblings, Raymond (Joanne) Borowski and Thomas (Marilyn) Borowski, along with many nieces and nephews. Along with his parents, Bob was preceded in death by his siblings, Leo (Florence) Borowski, Benny (Florence) Borowski, Vincent (Marian) Borowski, Eleanor (Irvin) Kontowsky, Virginia (Ray) Radtke, Gertrude (Jerry) Gorski, Ralph (Dorotha) Borowski, Theresa (Duke) Ehlke, and his infant brother, Alex Borowski. Robert's family will be present to receive visitors on Saturday, June 18, 2022 from 10:00 AM until Robert’s 11:00 AM Memorial Liturgy at St. Francis de Sales Parish, 3945 Williamson Rd., Bridgeport. Fr. John S. Mancini will preside. The Rite of Committal will take place privately at Great Lakes National Cemetery on Monday, June 20, 2022. Final arrangements have been entrusted to Skorupski Family Funeral Home & Cremation Services, 1550 Midland Rd., between State & Gratiot. Memorial contributions may be directed to wished to the family. Expressions of sympathy may be shared with the family online at www.skorupskis.com.

The family of Robert "Bob" Walter Borowski created this Life Tributes page to make it easy to share your memories.

Send flowers to the Borowski family.