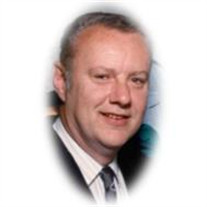 Robert Benton Rizer, 80, of Saginaw, our loyal, proud, hardworking, husband, father, grandfather, and great-grandfather went Home to be with the Lord on the morning of Friday, August 6, 2021, at his residence. Bob was born in Saginaw on June 29, 1941, the son of the late David and Eleanor (Kahn) Rizer. He attended Saginaw High School and proudly joined the U.S. Army after high school in 1960, serving during Vietnam. While in high school, Bob met his high school sweetheart, the former Joan Riffelmacher. They dated, fell in love, and were united in marriage on October 8, 1960. Throughout life, Bob was known for his passion of cars. After the army, this led him to a lifelong career as a machinist. He also enjoyed woodworking, photography, painting, remote control planes and cars, and his motorcycle. A true servant of the Lord, Bob was a faithful member of Faith Lutheran Church. Always quick with a one liner, Bob left a lasting impression with everyone he met. His love for his family and friends will live on for generations to come. To carry on his legacy, Bob leaves behind his loving wife of 60 years, Joan, and their children: Michael (Lori) Rizer, Richard (Cheryl) Rizer, and Sherry (Gary) Larsen; grandchildren, Thomas (Sarah) Rizer, Taylor (Brandon) Benjamin, Christopher (Kayla) Rizer, Eric Rizer, Jared (Stephanie) Rizer, Stephanie Larsen, and Chad Larsen; great-grandchildren, Allison and Lillian Rizer; sister-in-law, Nella Rizer, along with many nieces, nephews, and extended family members. In addition to his parents, Bob was welcomed home to heaven by his two brothers, David (Maxine) Rizer and Tom Rizer. Bob's family will be present to receive visitors on Wednesday, August 11, 2021, from 2:00 PM until Bob's 4:00 PM Funeral Ceremony at Skorupski Family Funeral Home & Cremation Services, 1550 Midland Rd., between State & Gratiot. Memorial contributions may be directed to Juvenile Diabetes Research Foundation or the National Multiple Sclerosis Society. Expressions of sympathy may be shared with the family online at www.skorupskis.com.

Robert Benton Rizer, 80, of Saginaw, our loyal, proud, hardworking, husband, father, grandfather, and great-grandfather went Home to be with the Lord on the morning of Friday, August 6, 2021, at his residence. Bob was born in Saginaw on June... View Obituary & Service Information

The family of Robert "Bob" Benton Rizer created this Life Tributes page to make it easy to share your memories.

Send flowers to the Rizer family.