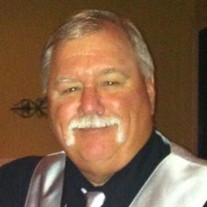 Roger Phelps, 67, of Bay City, our supportive, selfless, helpful, and humorous husband, dad, grandpa, son, brother, uncle, loyal coach and devoted friend passed away on the morning of Saturday, September 12, 2020 in Detroit. Roger was born in Bay City on August 31, 1953, the son of Roger Milton Phelps, Sr. and the former June Sova. While in the 7th grade at Kolb School, Roger met the former Joanne O’Farrell. After graduating together from T.L. Handy High School in 1971, Roger attended Saginaw Valley and Grand Valley State Universities, and was later united in marriage to his high school sweetheart, Joanne, on July 24, 1976 at First United Church of Christ, Bay City. In August of 2015, Roger retired from Means Industries, Inc. in Saginaw. A staple of Southwest Little League, for over 40 years, Roger coached Little League, Pony League, and Girls Softball for his children, and for many more years after they were done playing. He also coached several All Star teams through the years. After winning the Michigan State Championship in the 11-12-year-old division, Roger had the privilege of taking teams in 2008 and 2015 to Indianapolis for the Regional Championship. He enjoyed teaching not only his children and grandchildren the basics of baseball, but also thoroughly enjoyed teaching all the boys and girls who played for Southwest Little League. His devoted ways surely taught them the ins and outs of not only the game of baseball, but also invaluable life lessons as each Little Leaguer grew up. Roger also enjoyed woodworking, casino trips, and more recently, teaching himself how to play the acoustic guitar. Above all, Roger loved time spent with his family, especially his children and grandchildren. His larger-than-life personality and kind ways will live on in the hearts of his family and friends for years to come. Roger leaves to carry on his legacy, his faithful wife of 44 years, Joanne Phelps; children: Stacey (Clay) Osborn, Casey (Heather) Phelps, Ashley (Brandon) Dolney, and Katie Phelps. He was the most loving and supportive Grandpa of Benjamin and Natalie Osborn; Gwenyth, Ella, and Tyson Phelps; Harrison, Beckham, and Jameson Dolney, and will forever be missed by his mother, June Phelps; brother, Michael (Diane) Phelps; sister, Jamie (Phil) Myers; sisters-in-law, Pam O’Farrell and Sue Townsend; Godchildren, Lisa (Dale) Meylan and their children, Micaela and Hunter and Trevor Phelps; his “other son,” Brent (Melissa) Vrable, along with many nieces and nephews. Roger was welcomed home to heaven by his father, Roger Phelps, Sr.; brother, Jay Scott Phelps; father-in-law and mother-in-law, Lester & Margaret O’Farrell, and sister-in-law, Carolyn Hunt. Roger's Life Celebration will be held outdoors at 7:00 PM on Wednesday, September 16, 2020 at Skorupski Family Funeral Home & Cremation Services, 821 N. Pine Rd., between Ridge & Center. Rev. Joseph Atchinson will officiate. Visiting will be outdoors at Skorupski's from 2:00-7:00 PM on Wednesday. Memorial contributions may be directed to the wishes of the family. Expressions of sympathy may be shared with the family online at www.skorupskis.com.

The family of Roger Milton Phelps, Jr. created this Life Tributes page to make it easy to share your memories.