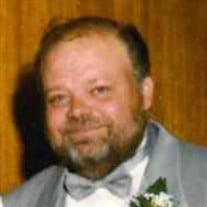 Terry Luczak, 78, of Bay City, our hardworking and strong-willed father, brother, uncle, and loyal friend passed away at his home on Saturday, November 21, 2020, with his family by his side. Terry was born in Bay City on October 15, 1942, the son of the late Leonard and Virginia (Oldinski) Luczak. He retired from General Motors – Powertrain after 30 years of service and enjoyed every moment of his retirement. Anyone who knew Terry, knew he had a great love for the outdoors. He was an avid fisherman and hunter, spending as much time as possible on the water and in the woods camping, fishing, and hunting. He also had a love for music, playing the acoustic guitar for most of his life with his longtime friends, Alan Hill and Pat Antcliff. After retirement, Terry took on another hobby of working on and rebuilding computers, as he always strived to learn new things. Terry leaves to carry on his legacy, his daughter, Terri Lynn Reimer (Ted); step-son, Craig Luczak; brother, Leonard Luczak; sister, Nancy Collier; grandpups, whom he adored: Zoey and Bella; sisters-in-law, Janice Nowak and Ellen Kozlowski, along with several nieces, nephews, cousins, and friends, especially his longtime friend, Harvey Lajiness. Terry was predeceased by his wife, Nancy (Charters) Luczak; parents, Leonard Luczak and Virginia Morel; brother, Dennis Kozlowski; faithful companion, Linda Charters, and brothers-in-law, Daniel Nowak and Tom Charters. Terry's family will be present to receive visitors on Saturday, November 28, 2020 from 3:00 PM until 6:00 PM at Skorupski Family Funeral Home & Cremation Services, 821 N. Pine Rd., between Ridge & Center. During these challenging times, the family understands many will not be able to attend. Memorial contributions may be directed to the wishes of the family. Expressions of sympathy may be shared with the family online at www.skorupskis.com.

Terry Luczak, 78, of Bay City, our hardworking and strong-willed father, brother, uncle, and loyal friend passed away at his home on Saturday, November 21, 2020, with his family by his side. Terry was born in Bay City on October 15, 1942,... View Obituary & Service Information

The family of Terrance Stanley Luczak created this Life Tributes page to make it easy to share your memories.

Terry Luczak, 78, of Bay City, our hardworking and strong-willed...

Send flowers to the Luczak family.