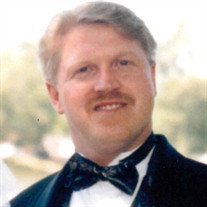 Terry Mark Jankowski, 57, of Bay City, our selfless and most generous husband, brother, son-in-law, uncle, and loyal friend was born into eternal life on Monday, February 22, 2021 at McLaren Bay Region. Terry was born in Bay City on June 21, 1963, the son of the late Wandyslaw Sebastian “Walt” and Sylvia Matilda (Harder) Jankowski. On July 12, 1997, he was united in marriage to the former Marci Stilwell, who survives. Terry was the owner of The Circle Bar. Those who knew him will forever remember his love of karaoke and time spent with family and friends. Always willing to do anything for anyone in need and always putting the needs of others before himself, Terry’s kind ways will forever live on. In addition to his loving wife of 23 years, Marci, Terry will forever be missed by his siblings, David (Carol) Jankowski, Vickey Cook (Roger Stilwell, Jr.), Lillie (Dave) Mrozinski, Tami (Tony) Trumbley; brother-in-law, Henry Sanchez; special nephew, Johnny James Jankowski; mother-in-law, Sharon VanDeVyvere (Ron Trombley); father-in-law, Roger (Mary) Stilwell; brothers-in-law, Roger Stillwell, Jr. (Vickey Cook), Melvin Stilwell, and Justie Stilwell, along with many nieces, nephews, and his beloved cat, Freddy. Terry was welcomed home to heaven by his parents and his siblings, Sharon Sanchez, John Jankowski, and Tom Jankowski. Terry’s family will be present to receive visitors on Saturday, February 27, 2021 from 2:00 PM until Terry’s 4:00 PM Life Celebration at Skorupski Family Funeral Home & Cremation Services, 821 N. Pine Rd., between Ridge & Center. Interment will be held privately in Oak Ridge Cemetery. In lieu of flowers, memorial contributions may be directed to the wishes of the family. Expressions of sympathy may be shared with the family online at www.skorupskis.com.

The family of Terry Mark Jankowski created this Life Tributes page to make it easy to share your memories.

Terry Mark Jankowski, 57, of Bay City, our selfless and most...

Send flowers to the Jankowski family.