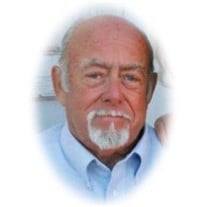 Ted Carpenter, 86, of Linwood, our adventurous, protective, and sometimes outspoken husband, father, and Poppy was born into eternal life on Sunday, December 27, 2020 at McLaren Bay Region. Ted was born in Portsmouth, New Hampshire on September 27, 1934, the son of the late Raymond L. and Rhoda A. (Vane) Carpenter. He was a graduate of Bay City Central and went on to earn his Bachelor's Degree from Michigan State University, where he was an active member of Theta Xi Fraternity. On June 16, 1989, Ted was united in marriage to the former Ann Guoan, who survives. Ted retired from General Motors and following his retirement found great joy in substitute teaching. He was a mentor to many and enjoyed time spent as a substitute teacher at Western Middle and High Schools, where he was also an active volunteer with the school's many athletic activities. Ted also subbed at Bay-Arenac ISD Career Center when needed.  He was a faithful parishioner of St. Valentine’s Church for many years and enjoyed sailing; completing 18 Port Huron to Mackinac races and winning the 1985 race. His other hobbies included skiing, reading, traveling, drag racing, raising horses, and staying active with Elf Khurafeh Shriners and the MasonicLodge, where he was a lifetime member of both, holding many positions, including Director of Director’s Staff, Assistant Director General, and Commodore of the Shrine Mariners.  In addition to his wife of 31 years, Ann, Ted leaves to carry on his legacy, his children: Amanda (Dustin) Russell and Matthew Guoan. He was the most loving and adoring Poppy of Harlee Kate Russell, with a grandson expected in April of 2021. Ted is also survived by his in-laws, Sharon R. Guoan, Robert (Sharon K.) Guoan, Mary (Richard) Dubiel, Paul Guoan, Linda Helm, Susan (Don) Tice, Tim (Leann) Guoan, along with several nieces, nephews, great-nieces, great-nephews, and his “adopted son” and beloved foreign exchange student, Clement Sorba. Ted was preceded in death by his parents and father-in-law and mother-in-law, Floyd and Katherine (Carroll) Guoan, along with his brothers-in-law, Thomas Guoan and Dale Helm.  Ted’s family will be present to receive visitors on Sunday, January 3, 2021, from 2:00 PM until 8:00 PM at Skorupski Family Funeral Home & Cremation Services, 821N. Pine Rd., between Ridge & Center. On Monday, January 4, 2021, Ted will be taken to Prince of Peace Parish (St. Anne's Church), 315 W. Center St., Linwood, where visiting will continue from 10:00 AM until Ted’s 11:00 AM Funeral Mass. Memorial contributions may be directed to the Bay Area Community Foundation, where a scholarship fund will be established to benefit students of Western High School. Expressions of sympathy may be shared with the family online at www.skorupskis.com.

The family of Theodore Raymond Carpenter created this Life Tributes page to make it easy to share your memories.

Ted Carpenter, 86, of Linwood, our adventurous, protective, and...

Send flowers to the Carpenter family.