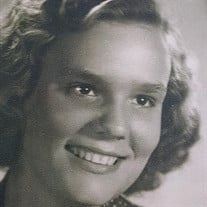 Tony VanDenBerg, age 91, of Bay City, our hardworking, loving, strong-willed, and courageous mother, grandmother, sister, aunt, and friend passed away peacefully on the evening of Monday, September 14, 2020 at Sheffield Bay. Tony was born in Amsterdam, the Netherlands on October 26, 1928, the daughter of the late Arie and Marie (Bergman) Slikker. Growing up, Tony's father had a job with the government that placed most of her childhood in the Dutch Indies. As a young lady, Tony was considered for the Olympics as a swimmer, but was never able to compete as the war broke out. After the Japanese invaded the island, Tony, her mother, brother, and sister were placed in a concentration camp, while her father was put in a work camp. They resided there until the end of the war, and miraculously, all survived the concentration camp by a miracle. Thankfully, the commander refused an order to blow up a cave with occupants in it. Tony was 18 years old and 80 lbs. when she was liberated by the Dutch Marines. It was during that liberation when Tony met the love of her life, a Dutch Marine by the name of Peter VanDenBerg, when he liberated the island. They would meet again in the Netherlands, where Tony was going to school to be a nurse. Peter fell in love with Tony’s character and they were united in marriage in November of 1949. They had two children in the Netherlands. They wanted to emigrate, so they put papers in to a few different countries; with acceptance from the United States first. In 1952, Tony and Peter emigrated to the U.S. with $50, luggage, and two kids. A relative of Peter's from Bay City sponsored their emigration, so they moved to Bay City to be near. They later had three more children in the United States. In the U.S., Tony worked as a waitress, where she loved waiting tables and connecting with people from all walks of life. Tony enjoyed traveling the world and had a special love for Alaska. She also enjoyed cross-stitching, crocheting, along with gardening and tending to her flowers. She will forever be remembered by her family for her famous phrase, “Love Always.” Tony's strong will and determination will live on in the hearts of her family and friends for generations to come. Tony leaves to carry on her legacy, her children, Maryanke (Paul) Alexander, Tony VanDenBerg (Debbi Patterson), and Rebecca (Fred) Meier; grandchildren, Luke (Kristen) Owen, Anneka (Anthony) Smucler, Veronica VanDenBerg, Morgan VanDenBerg, Matthew (Megan) Meier, and Andrew Meier (fiance, Isabela Rabelow); many great-grandchildren; sister, Colby Slikker, along with many nieces and nephews. In addition to her parents, Tony was preceded in death by her husband, Peter, on October 9, 1999; daughter, Adri VanDenBerg; son, Peter VanDenBerg, and brother, Marenus "Mark" Slikker. Private arrangements have been entrusted to Skorupski Family Funeral Home & Cremation Services, 821 N. Pine Rd., between Ridge & Center. Memorial contributions may be directed to the Alzheimer’s Association. Expressions of sympathy may be shared with the family online at www.skorupskis.com.

The family of Tony VanDenBerg created this Life Tributes page to make it easy to share your memories.

Send flowers to the VanDenBerg family.