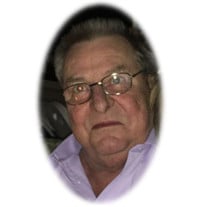 William Edward McDougall, 66, of Merrill, passed away on the morning of Tuesday, November 10, 2020 at his home. Bill, affectionately known to many as “Wild Bill,” was born in Saginaw on September 29, 1954, the son of Charles and Mabel (Martin) McDougall. He attended Arthur Hill High School and worked for many years as the manager at Gratiot Automotive, and later worked at Freeland Auto Parts as well. Bill enjoyed hanging out in the garage, where he enjoyed an “occasional” beer and listening to oldies on the radio. He also enjoyed cooking, grilling, ice fishing, fixing cars, gardening, singing, dancing, and laughing and joking at all times. Always there to help a friend in need, Bill never knew a stranger, and would do anything, for anyone. His friendly and funny, yet helpful and loving personality will live on in the hearts of those he loved for years to come. Bill leaves to carry on his legacy, his daughter, Karissa (Brian) Peters; parents, Charles & Mabel McDougall; longtime companion of 24 years, Shirley Smith; step-son, Dan (Staci) Smith; grandchildren, Holly Hirsch, Courtney (Trevor) Braley, Morgan Gerard (Vance Arnold), Talon Smith, and Raven Smith; great-grandchildren, Natilee Candiff, Ayden Harvkey, and Kaydence Harvkey; siblings, Lynn (Roland) Shorkey, Roger (Linda) McDougall, and Carol Niven; mother-in-law, Susan Smith, along with many nieces, nephews, friends, and his faithful dog, “Killer,” who he loved dearly. Bill was preceded in death by his brother, Gary McDougall and father-in-law, Robert Smith. Bill’s family will be present to receive visitors on Saturday, November 14, 2020 from 10:00 AM until Bill’s 11:00 AM Time of Sharing at Skorupski Family Funeral Home & Cremation Services (formerly Reitz-Herzberg), 1550 Midland Rd., between State & Gratiot. In lieu of flowers, memorial contributions may be directed to the wishes of the family. Expressions of sympathy may be shared with the family online at www.skorupskis.com.

The family of William Edward McDougall created this Life Tributes page to make it easy to share your memories.

William Edward McDougall, 66, of Merrill, passed away on the...

Send flowers to the McDougall family.