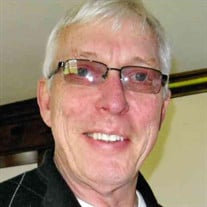 Bill Wittbrodt was a man who made it easy to love him. He endeared himself not just to his family, but to so many friends and, sometimes, virtual strangers. He had colorful tales to tell (most of which were true), but also had a great capacity to make other people feel that they were listened to and cared for. For this reason, and for so many others, he will be deeply missed. Bill passed away after a tragic accident en route to his favorite haunt – the casino. He was an excellent and fearless gambler, but also loved paddleball (and had many trophies that testify to his prowess) and, later in life, golf and pickleball. In one of his proudest accomplishments, he was voted “Best Legs” at the YMCA circa 1985. Bill avidly followed politics, and he would undoubtedly be pleased that he outlived the previous presidential administration. A man’s man, he still enjoyed sporting a hot pink sweatshirt, showing off his signature dance move (he only had one, the “Billy Ocean”), and hanging out with a flock of women of any age (including the ladies who frequented the paddleball and pickleball courts). Bill spent most of his life in Essexville and Bay City, outside of a brief stint to Biloxi, Mississippi, for his Air Force training, followed by a year spent living underground on St. Lawrence Island, Alaska intercepting Russian code, an adventure that left him with many stories to tell. He had a varied and circuitous career, but ultimately ended up as an administrator in the Bay City Public School District. Though he was beloved in his role, he took to retirement quite easily and readily, and had many years to enjoy watching television and eating potato chips and peanuts. Most of all, Bill was devoted to his family, and during this difficult time was fortunate to be surrounded by them in the end. He is survived by his wife of 51 years, Carolyn Wittbrodt (Essexville); his son Scott (Mechelle) Wittbrodt (Essexville); his daughter Beth Wittbrodt (Chicago); and three grandchildren: Christian, Sophia, and Blake Wittbrodt. He is also survived by his brother, Thomas (Mimi) Wittbrodt; sister, Patricia Passolt; and brother, Joseph Wittbrodt. They – along with large a network of family and friends – will miss him more than words can say. He was predeceased by his parents, Otto and Mary Wittbrodt; his in-laws, Lafayette and Christine Snyder; his sister, Janet Zielinski; and his brothers-in-law, James Passolt, James Snyder, and Richard Snyder. Bill’s family will be present to receive visitors on Tuesday, February 23, 2021, 4:00 PM until 7:00 PM at Skorupski Family Funeral Home & Cremation Services, 821 N. Pine Rd. between Ridge & Center. In lieu of flowers, memorial contributions may be directed to the wishes of the family. Expressions of sympathy may be shared with the family online at www.skorupskis.com.

Bill Wittbrodt was a man who made it easy to love him. He endeared himself not just to his family, but to so many friends and, sometimes, virtual strangers. He had colorful tales to tell (most of which were true), but also had a great capacity... View Obituary & Service Information

The family of William James Wittbrodt created this Life Tributes page to make it easy to share your memories.

Bill Wittbrodt was a man who made it easy to love him. He endeared...

Send flowers to the Wittbrodt family.